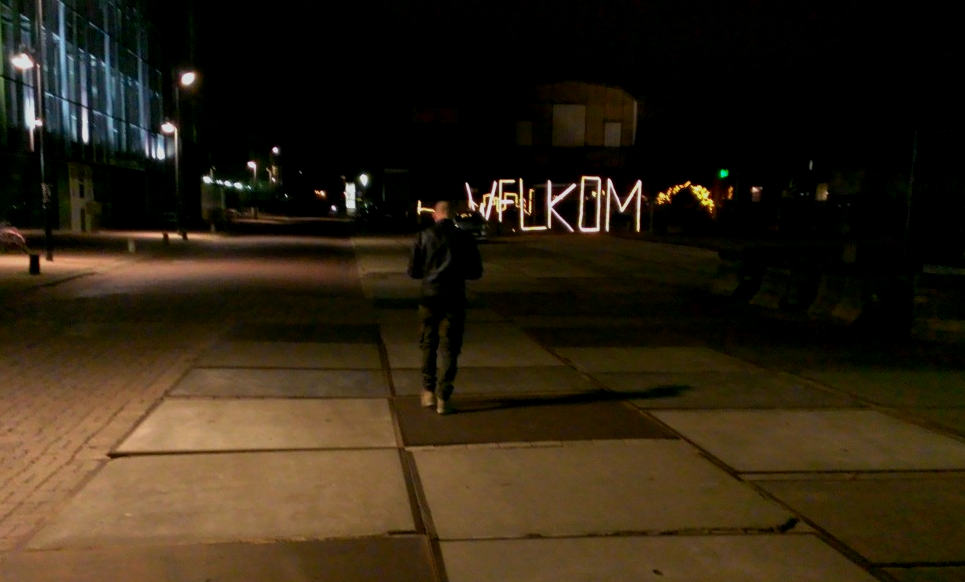 Enterprise Social can be compared to an internal Facebook. The biggest technology companies (including Facebook) have an Enterprise Social solution and more and more startups are introducing solutions in this field. It’s clear that they all expect a lot from this technology and I can’t disagree. I have helped many organizations with the implementation of Enterprise Social networks such as Yammer and I’m convinced that it should replace internal emails, but I know that in reality this transition from email isn’t taking place and I would like to share with you what I think is holding back this technological advancement in the workplace.

When looking at Enterprise Social with the goals of the organization in mind, you will mostly find reasons on why you need this transition to take place. Enterprise Social helps to capture conversations for new hires and the short messages, likes and @mentions help to speed up the conversations, get insight from a larger group of people and thereby significantly improve decision making. We rarely make use of emails as consumers and we are increasingly making use of Social Media to make ourselves heard by other consumers as they might want to weigh in. We’re also pretty much hopeless if we don’t get push notifications as we need help to manage the increasing amount of information we would like to process. So, what’s holding us back from transitioning from internal emails to Enterprise Social networks? The problem is that people don’t like big changes at work.

We can all come up with reasons on why we would like to stick to email if it concerns work. One of the major reasons is because email gives us days to respond while Enterprise Social require us to comment as soon as something pops up in our feed. Most people I have talked to see major hurdles and would like this revolution to take place as soon as they have retired. We know that asking for feedback also means that people will start expecting us to ask for feedback in the future. Asking for feedback once only makes sense if the feedback given wasn’t valuable and this is not something you would like to confront your colleagues with. Most people also don’t want to get feedback on everything they do as they didn’t need it before to do their job. It’s like getting less responsibility as you now need to incorporate the feedback and input of others in your decision making.

A lot of us make use of Social Media as consumers, but there are also quite some negative aspects that we have in mind when we are confronted with a possible transition from internal emails to Enterprise Social networks. We don’t want to worry about “likes” or be surrounded by people focusing on them when we are at work. We also don’t feel like monitoring additional feeds. We’re rather critical when it comes to embracing new Social Media platforms as we know that they also consume a lot of time. The problem here is that we have collectively stopped using emails as consumers because something better came along, but we’re now collectively holding this back because of the potential impact it could have on us.

Management often underestimates the potential of this technology and they have the same experiences as everyone else as consumers. They’re not looking at what it could mean for the entire organization. They’re focused on what it would mean for them as they start to embrace a more social way of communicating. Just imagine being a director and not getting any followers, comments or likes. This is not something they are looking forward to either, so why expect them to drive this change?

This is why a lot of organizations just leave it up to the next generation. A transition will take place eventually, we all know that, but you shouldn’t expect too much of people joining the company. It’s rather important for new employees to be accepted by their colleagues. They know that they have to adjust and are not interested in leading a revolution. There is still hope because Enterprise Social eventually will become the elephant in the room and management will have to intervene to give it the status it needs.

Every company has critical employees and they will figure out that you can use Enterprise Social to reach a lot of your colleagues. You can compare this with sending an email to everyone in the company. This is not possible in most companies because of harsh exit emails people might send, but it’s an important part of Enterprise Social and isn’t something you can turn off. You will start seeing valuable feedback from these employees and you will notice that nobody follows up. The amount of feedback will grow (people like to build on feedback from others) and it will eventually become very clear that Enterprise Social requires more than just a “soft launch” and that you need pretty much everyone to embrace it, especially the people making all the decisions.

Organizations need to make decision making more transparent and they should make asking for and giving feedback part of the company culture if they want to compete with organizations that have embraced this transition. To give you an example. I know of a large company in the Netherlands that has given retired employees access to their Enterprise Social network. This group has a lot of knowledge, they know a lot of people and there isn’t really a risk of them joining the competitor.

The transition from internal emails to Enterprise Social networks will take years if management doesn’t intervene and the best way to convince management to do something about this is by allowing them to experience it firsthand. This is why I always try to incorporate it into my projects as a freelance consultant and project manager.

Most of my projects are related to realizing technological solutions for internal use. I start with creating a public and private group on the Enterprise Social network. The public group is used to realize a community regarding the solution and the private group is used by the project team. The public group is something I use to get feedback on a concept before a single line of code has been written. The project team still gets to decide on the features, but we now have a lot of valuable information to work with when making these decisions. The goal is not to convince everyone, but to allow anyone to provide feedback and input before the solution is developed and this should ideally take place somewhere where others can join the conversation. I understand that some would consider this to be full of risks, but I can guarantee you that this works based on my experiences.

The reality is that only a small group of people will be interested in providing feedback and input as it’s something they would have to do on top of what they are already doing. This is why it’s important to make it as easy and as interesting as possible for them to provide this valuable information with the project team and why a black box system isn’t sufficient (e.g. fill out this form). After implementing the solution, the community steadily grows and provides input for incremental improvements and that’s something all companies with Cloud services should understand.

The best feedback I have received was years ago regarding an Intranet environment I was designing. The feedback came from someone that didn’t have to make use of the Intranet because of their role, but this person still had a lot of great points and most of them were incorporated in the design and solution. We explicitly mentioned that the feedback was being incorporated before we started building the solution, so this was clear to the entire community and enforced the idea that we considered feedback to be valuable. I’m sharing this story with you because I’m convinced that we need to re-think how we currently communicate and collaborate at work. Enterprise Social is something I compare to the environment. Management doesn’t always get it and if that’s the case, then it’s up to the employees to drive this change.